How does air affect a hydrostatic test?

Think about this for a moment; crews put so much of their time, effort, and care into installing a new water line. There were some changes in the occurrence of the weather, and a few unexpected scenarios came up.

Besides these challenging situations, they continue to show their unwavering determination. They worked long hours to complete their project.

But, hang on! There’s one more thing left to do, and that is pressurizing the line via the hydrostatic test to check whether the work is completed successfully or not.

An overview of hydrostatic test:

Before directly jumping to the conclusion, let’s just start with the basics to understand the effect of air on a hydrostatic test properly.

Hydrostatic pressure testing is a common process in which pipelines, boilers, gas cylinders, and pressure vessels are tested for their validity. Testing prior to installing a pipe is essential because it demonstrates the quality of material and construction methods used, as well as helps in detecting leakage.

Forms of air in a pipeline:

The 2017 research published in researchgate.net explains that there are three forms of air present in any piping system:

The influence of trapped air on a hydrostatic test:

If you observe a decrease in the pressure during a hydrostatic test, it does necessarily mean that there is a leakage.

Other contributing factors can lead to a change in pressure. Variations in temperature can result in pressure changes, and they can mask small leaks. In the same way, trapped air can also conceal the effects of leaks. This is because free gas pockets greatly affect the compressibility of the water in the piping system.

The presence of small leaks may result in less pressure loss because of the existence of expanding air in the pipeline.  Thus, it keeps the pressure constant.

While performing the test, the presence of entrapped air creates a problem in identifying the leak. Moreover, it also becomes difficult to determine the amount of air present. The amount of entrained air can be detected during pressurization.

If your pipe has a small leak, the presence of expanding air can prevent the detection of the leakage.

The presence of highly compressible air within the pipeline will reduce the pressure during the test. Thereby, it will cause slower changes in the pipe’s pressure, and the detection of the leaks via the hydrostatic test becomes a hassle.

According to quora.com, water contains 2 percent of dissolved air. This dissolved air comes out of the water, usually due to the pressure drop. The increase in temperature can also elevate the air release because the water’s vapor pressure increases with the temperature.

If the percentage of air exceeds 2 percent or, in some cases, 0.2 percent, the test is canceled, and the line is refilled again.

Venting the air from the pipeline is important!

READ  How to use Canon IJ Setup Tool

The above information gives you plenty of knowledge about why the removal of air is vital to perform a hydrostatic test. The question is: what measures can you take to prevent the air?

During a hydrostatic test, the air is usually trapped in local high points of a pipeline that can hinder leakage detection. The design of the pipe should be done in such a way that it should have slopes and high-point vents.  It will allow the air to be released from the system.

Usage of ultrasonic testing can verify the absence of any entrapped free air pockets. You can also follow these steps to conduct a proper hydrostatic test:

The hydrostatic test ensures the correct construction vessels, pipelines, and tanks and also identifies leakage. The air trapped in a pipeline system affects the hydrostatic test negatively because it fails to recognize the leak. That is why the venting of air is necessary. 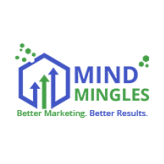 Hi people, I am a 28 year old girl and you can smell the freshness and compassion from my writings. I love to spend time alone with nature and learn my work from its goodness. I believe what you experience is the shadow of what you write for your readers.

How to Remove Dandruff Permanently